Yennefer has a minion! 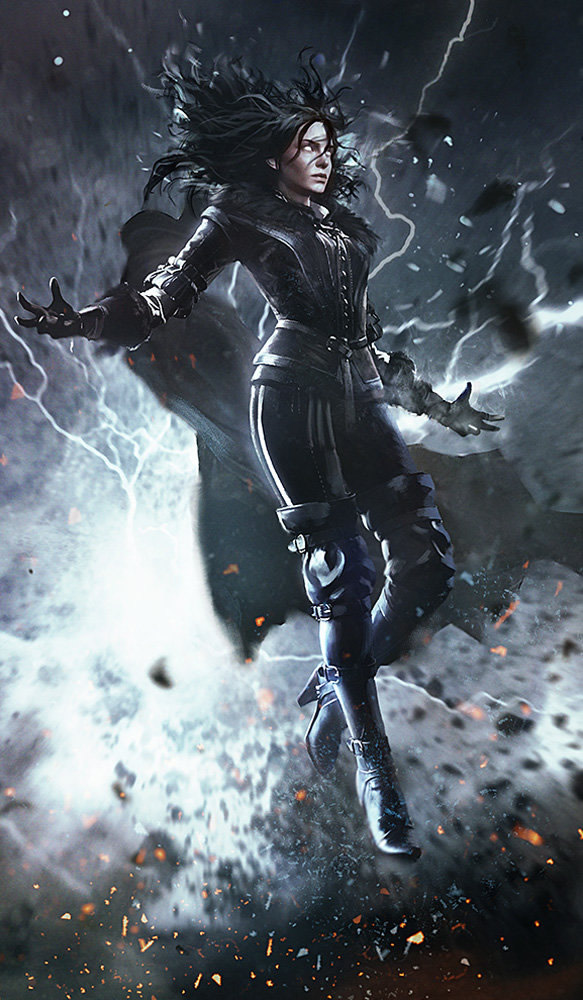 Yennefer was born on the night of Beltane (May Day) in 1173. Although you certainly wouldn't know it by looking at her now, the elven blood from her mother's side caused multiple deformities and left her a rather homely-looking child. Being beaten and abused by her parents for years served only to hone her magical potential, and she eventually ended up in the care of Tissaia de Vries at the Aretuza school for young sorceresses. Despite some emotional struggles, she eventually graduated from Aretuza in 1210, but in order to remake herself into the stunning sorceress she is currently, she had to sacrifice something she could never regain: her ability to bear children.

In 1256, Yennefer's life changed forever when she met Geralt of Rivia, the white-haired witcher from Kaer Morhen. The gruff man sought her help in saving the life of his rather clumsy friend, Dandelion the bard, who had been afflicted by a djinn the two had found and accidentally released while fishing nearby. While the witcher had been immediately smitten by the raven-haired sorceress, she had other plans, and intended to capture the djinn for her own uses after Dandelion had made his third wish.

Unexpectedly, it was Geralt who was owed the final wish, though the trio did not fully realize this until half of the city of Rinde had been destroyed in the chaos. Watching as Yennefer struggled to control the magical creature, and knowing that the aftermath of its escape would likely kill her, the witcher used his last wish to bind both their fates indefinitely, thus saving her life and beginning their future together.

helix (get it)
edited by Geralt
the Butcher of Blaviken Ciri
the Lion Cub of Cintra Triss
Fourteenth of the Hill Philippa
Jewel in the Court at Tretogor